Today marks the 50th anniversary of the March on Washington. It is also my brother, Mike’s birthday (yes, he was born on the day of the March in DC — making history on his own)!

The March means many things to many people. For me, it is about recommitting myself to supporting the human rights of all human beings on the planet.

I attended the 30th anniversary of the March in 1993 and felt like it was calling me to step up to the plate and do more in terms of advocating for women’s rights. My participation inspired me to travel with my mentor  Barbara Arnwine and the Lawyers’ Committee for Civil Rights Under the Law (met Barbara during my 1987 summer legal internship at the Boston Lawyers’ Committee) and National Council of Negro Women’s delegation to the U.N. Fourth World Conference on Women in Beijing, China in 1995.

That trip was a game changer for me in so many ways. It set the tone for my participation in the Million Woman March in 1997, creative expression in art and writing, volunteer service, and the work I am doing with the Digital Sisterhood Network.

On Saturday, I attended the March with my best friend, Jason Randolph. Throughout the day, Jason and I had a chance to reflect on how much our generation has benefited from the sacrifices that were made by all of the people involved in the civil rights, human rights, and women’s rights movements. Our conversation created a deep sense of gratitude in my heart. 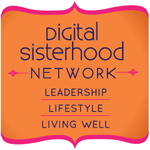 This morning, I asked myself one question: How can I use the Digital Sisterhood Network to deepen my support of civil rights, human rights, and women’s rights?

The answer to the question has not revealed itself yet. When it does, I’ll be sure to share it with you on this blog and my Digital Sisterhood Network site. In the meantime, I have two questions for you.

What does the March on Washington mean to you?

Are you being called to dream bigger and/or do more in the name of civil rights, human rights, and women’s rights?